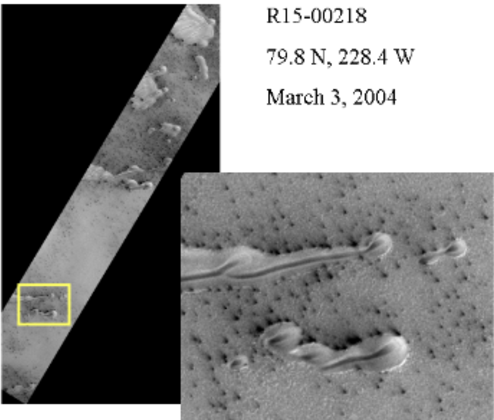 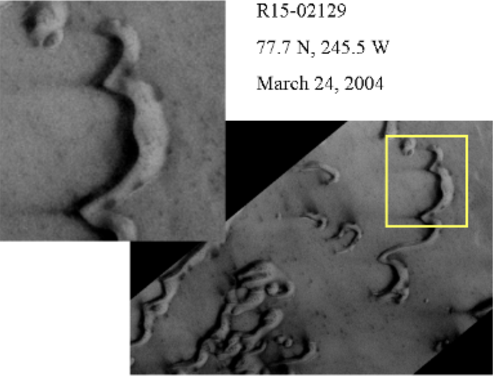 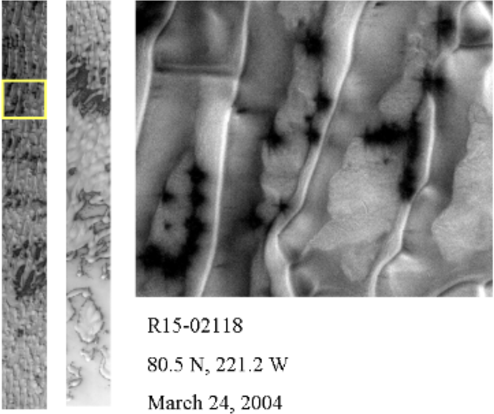 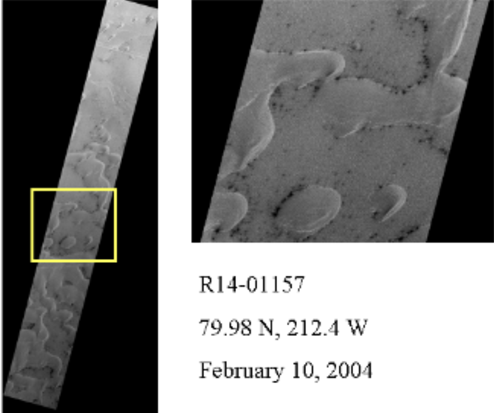 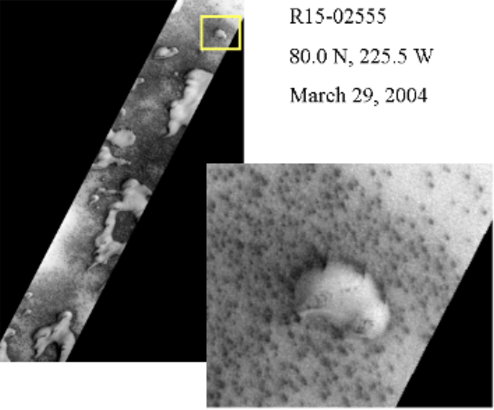 MGS and THEMIS Images of Spots from February to July 2004 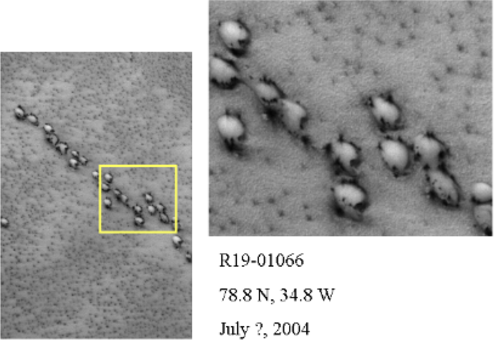 Although launched after the Mars Global Surveyor spacecraft, the best resolution of the THEMIS VIS camera on board the NASA Mars Odessey spacecraft is 19 meters/pixel versus less than 3 m/pix for the MGS MOC camera.  Even so, the THEMIS instrument reveals spots around Northern Polar dunes.  The following three images were taken during June 2004. 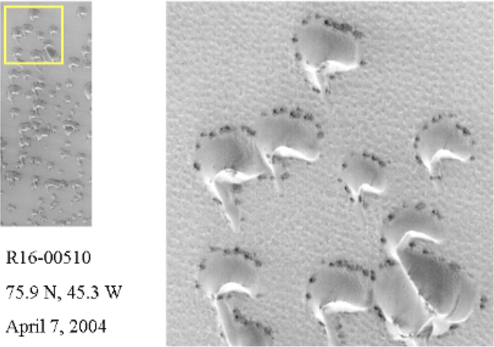 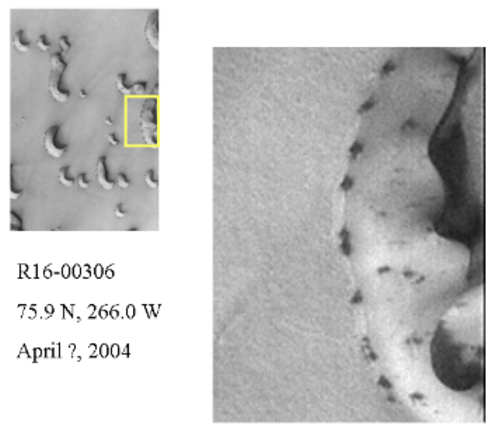 The NASA Mars Global Surveyor (MGS) Mars Orbiter Camera (MOC) continues to capture great spot images around northern polar dunes.  Shown in chronological order, the following images are only a small sampling of the recent passing of Spring/Summer in the northern polar regions of Mars, many more are available at http//:www.msss.com.

Contrary to the popular opinion that the appearance of the dark spots mark the beginning of Spring, growing in size as the warming weather defrosts the CO2 on the dunes, the spots at the base of the dunes appear to maintain a stable size and shape over the five-month span of these images. 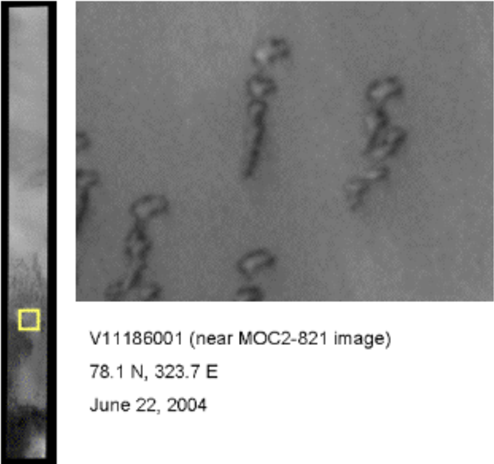 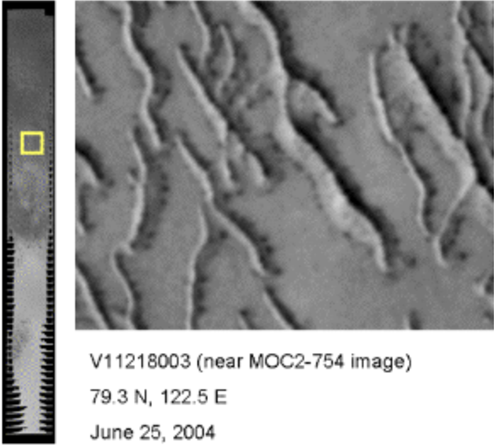 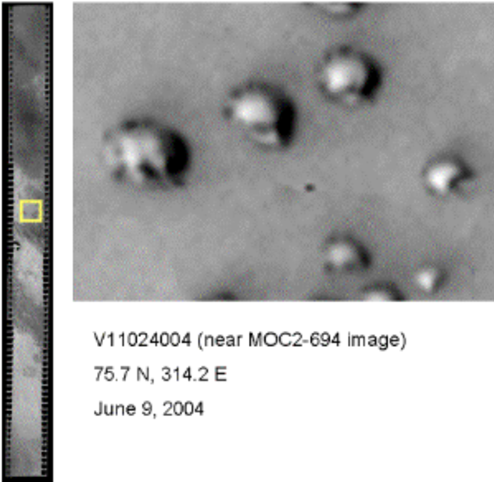